Why believe the media when they call the Nova Scotia killer a “gunman?” Yes, guns were involved, but so was arson. Many victims were burned to death. This was mass murder. The killer is a murderer. Focusing on guns is a red herring.

The recent murders in Nova Scotia demonstrate why Canadian gun control fails to keep people safe. Here. Here. And here. Perhaps that’s why RCMP spokesmen have been coy about whether the killer had a firearms licence. If he did not have a PAL, then the system failed its primary goal of controlling firearms ownership. Guns are available to any criminal who wants one. If the killer did have a PAL, the system failed to screen out dangerously violent people. Calls for more gun laws are just red herrings to divert attention from the abject failure of the RCMP.

In the more than 20 years since Canadian firearms owners were first required to be licenced, licensing has unfortunately begun to be accepted as normal. This is shocking because the idea that a police bureaucracy would be required to monitor law-abiding people who own firearms was widely opposed before it became mandatory.

The usual justifications of licensing firearms owners are unconvincing. Moreover, the system is ripe for abuse even if one is willing to accept the concept of licencing. This potential has been known since its inception. In 2002 the Auditor General of Canada pointed out that the licensing system was overly bureaucratic (see page 14). Not only does licensing stigmatise law-abiding citizens, but by exposing them to onerous police scrutiny, licensing makes firearms owners excessively vulnerable to false accusations.

Government officials say that licensing firearms owners reduces violent crime. We are told that because firearms pose a threat to a peaceable society, owners and potential owners of firearms should be carefully screened so that criminals, terrorists, or violently insane people do not have access to dangerous weapons. In addition to an initial screening, licensing imposes continuous monitoring of owners so that threats may be more quickly discovered. Licensing also helps the police enforce restrictions on firearms handing, such as transporting firearms to the range or to a gunsmith and “safe storage” rules.

However, research undermines the claim that licencing improves public safety. Technically strong research studies in both Canada and the United States routinely fail to find empirical support for a variety of strict gun controls reducing criminal violence. Langmann showed that none of Canada’s gun laws worked to reduce homicide or suicide and Mauser demonstrated that moose kill more people than PAL holders.

Licensing remains a stain on the Canadian Charter of Rights and Freedoms. For the authorities to single out a minority for special scrutiny has long been viewed as violating the principles of fundamental justice, and as such, unacceptable in most English speaking countries. It has long been deemed repugnant to target religious and ethnic minorities. If the Charter of Rights and Freedoms is to mean anything, it is important to respect the natural rights of Canadians who belong to social groups that are not favoured by urban elites.

Of course, the typical justification for targeting a minority is that they pose a threat to public safety. Canadian authorities still consider it objectionable to systematically monitor criminals, even violent criminals, after their release from prison.

Public relations is a second reason given by authorities. Firearms licensing is useful to reassure the public. It helps politicians feel good about themselves because they are “seen to be doing something,” even if it’s ineffective in actually reducing criminal violence.

Licensing as a public relations exercise has an ugly underbelly. Public reassurance is won by stigmatizing hunters and sport shooters as a threat to public safety. Falsely equating guns with criminal violence scapegoats law abiding owners. Not only does licensing stigmatise respectable citizens, but licensing exposes them to onerous police scrutiny. In addition to an initial screening and daily monitoring by the police, firearms owners are subject to immediate arrest if a neighbor or a former spouse is concerned they pose “as a danger to themselves or others.” Even false accusations may result in a long and expensive legal process. The process is the punishment.

These problems are not just theoretical. According to StatsCan data, there are 10 times as many non-violent ‘gun crimes’ as violent gun crimes.

Demonization of gun owners in the media leads to intimidation. The media falsely equates guns with criminal violence so that it is understandable that the public would confuse law abiding owners with criminals. Firearms ownership itself becomes to be seen as a questionable activity which leads to overzealous enforcement of minor administrative restrictions on firearms handing, such as transporting firearms to the range and “safe storage” rules. Licensing facilitates the punishment of gun owners for minor administrative violations. Even unverified accusations are troublesome. The legal process is the punishment. The legitimate concern about arbitrary arrest too often leads gun owners to hide their hobby from their neighbours. This differs little from intimidation. Is intimidation an intended feature of firearms licensing, or an accidental bug?

Even if one accepts the concept of licencing firearms owners, the system is ripe for abuse. First, because licensing imposes a complex bureaucratic system that necessarily subjects decent citizens to unelected government officials who wield arbitrary power. This may be true for all bureaucracies, but firearms licensing involves severe criminal sanctions, including prison time. Even unintentional mistakes may result in criminal charges, including jail time. Since bureaucracies necessarily entail complex paper work, the process may be troublesome for people who aren’t comfortable navigating such seas, such as immigrants who do not speak English as a first language, blue-collar workers, or older rural residents who are challenged by filling out governmental forms and answering complex legalistic questions.

In contrast to hunting licences, firearms licensing was imposed on firearms owners against fierce opposition. The Auditor General of Canada in her 2002 review of the Justice Department’s implementation of Bill C-68 pointed out that one of the problems with the licensing system was that some administrators of the firearms legislation believed that “the use of firearms is in itself a ‘questionable activity’” and “there should be a zero-tolerance attitude toward non-compliance.” (See item 10.67 on page 14). In comparison, hunting licences were originally introduced at the request of fish and game clubs and the staff of the provincial ministries responsible for issuing licences are often hunters themselves.

Moreover, the appeals process, when available, is lengthy and expensive, typically requiring legal counsel. Whether rare or frequent, appeals are another complex bureaucratic maze that individuals may not be able to pursue because of finances. These problems are exacerbated by an overly bureaucratic approach to regulations taken by unsympathetic administrators. The public’s fear of firearms, coupled with the severe penalties for violating administrative rules, compounds the standard bureaucratic problems because it exposes licensed owners to even false accusations by disgruntled neighbors or even vengeful ex-spouses. It is important to respect “due process:” the rights of the accused matter as well as those of the accuser. Much as the “me too” movement has led some authorities to believe claims about sexual harassment without adequate checks, police have tended to readily accept accusations against firearms owners. After being arrested, licence holders are then forced to defend themselves through an expensive and lengthy legal process to prove their innocence and retrieve their confiscated firearms. The process is the punishment.

Maximizing harassment of law-abiding gun owners is a feature, not a bug, of gun control. The fewer gun owners, the easier to clamp down on the “bitter clingers.”

Falsely equating guns with criminal violence scapegoats law abiding owners. Scapegoating a minority has long been viewed as violating the principles of fundamental justice. It is still considered objectionable by Canadian authorities to systematically monitor criminals, even violent criminals, after their release from prison.

Not only does licensing stigmatise law-abiding citizens, but licensing exposes them to onerous police scrutiny and makes them vulnerable to false accusations. Firearms owners are subject to immediate arrest if a neighbor or a former spouse is concerned they pose “as a danger to themselves or others.” Even false accusations may result in a long and expensive legal process. The process is the punishment.

Note: This article appeared earlier in the NFA’s Canadian Firearms Journal and Justice for Gun Owners. 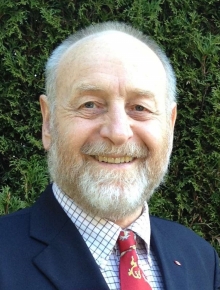